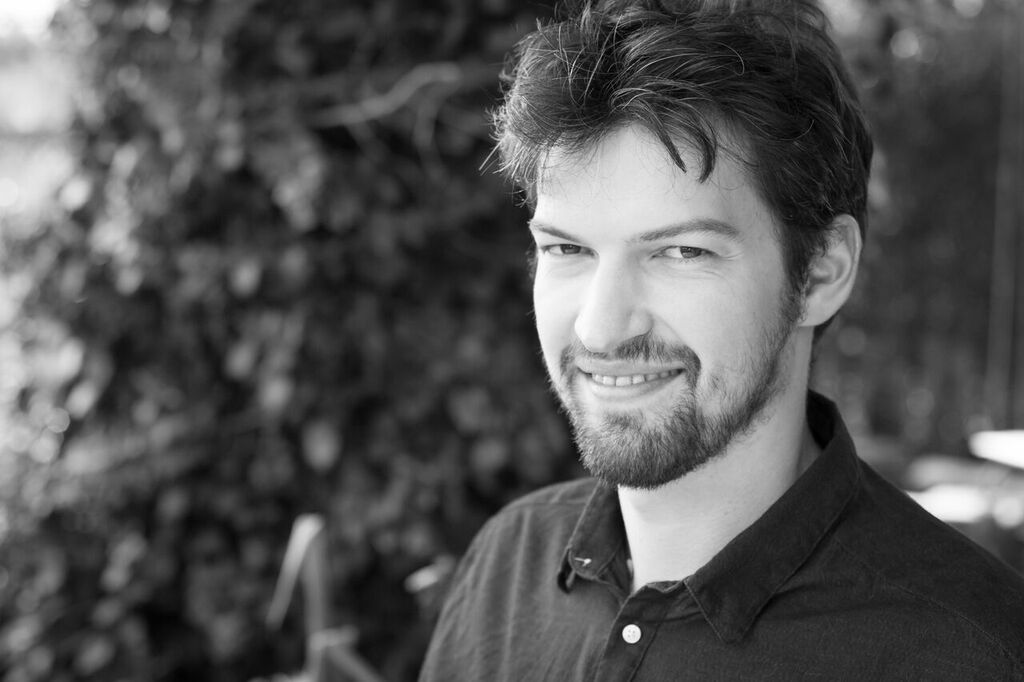 Years of experience in prototype and product development. Knowledgable in design, mechanics, electronics and software. M.Sc. in Physics.

The focus of our business is the development of prototypes and finished products. We will guide you from the first idea to the finished prototype or even to a product ready for production.

A prototype is made to test an idea. For us it is important that you know as quickly as possible whether your idea works or not.
Therefore we rely on these four pillars to find out what you and your customer needs:

Often an idea is quite refined, but sometimes it needs some more work to find out what to test with a prototype or what product a customer needs. Therefore we use the innovation method "Design Thinking" on a regular basis.

The best way to communicate a product is through form and function. Therefore many projects have a mechanical or design part. Previously modeled at the computer, we fabricate functional or design prototypes with high speed and quality in our workshop.

Sensors and actuators are needed to let prototypes and products interact with their environment. These are typically connected to printed circuit boards, which we design at the computer. Then we either manufacture them in our laboratory or order them through our supply chain.

In the end software brings life to the prototypes. We are able to develop these on desktops, microcontrollers and smartphones. For complex SW projects we have access to a network of freelancers to support us.

All from one supplier.

Our philosophy is to be able to work on all aspects of your idea, which makes development faster and increases the quality of the end result.
We have demonstrated this already in past projects:

What we have done so far and are allowed to show - A selection. 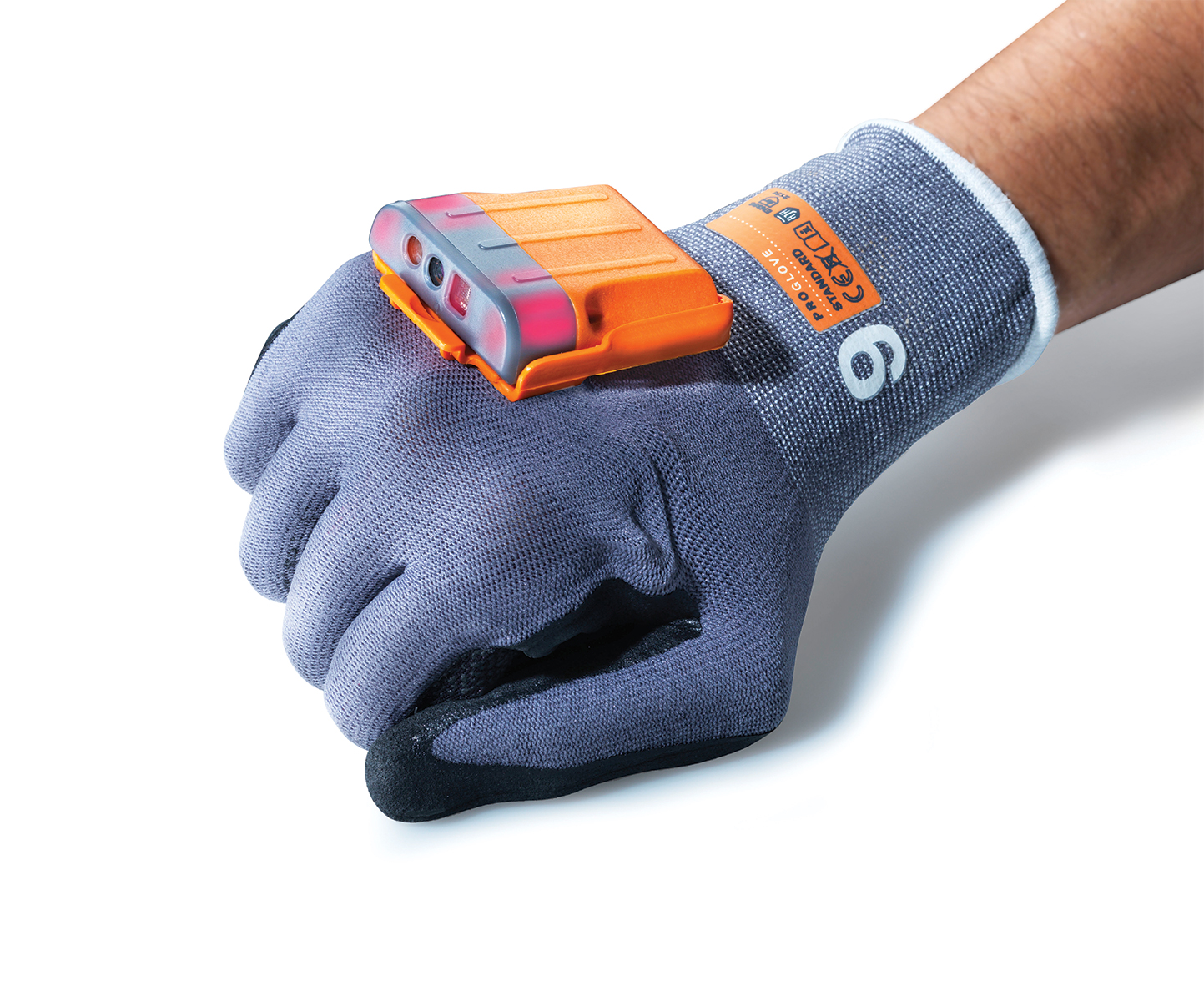 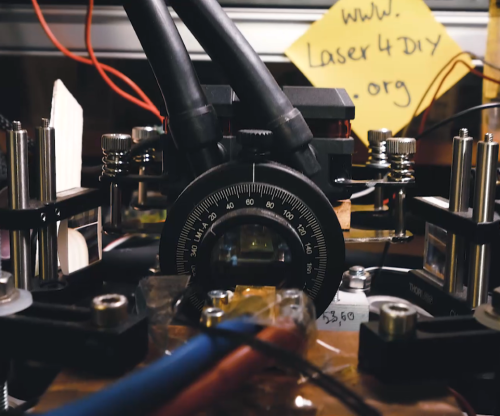 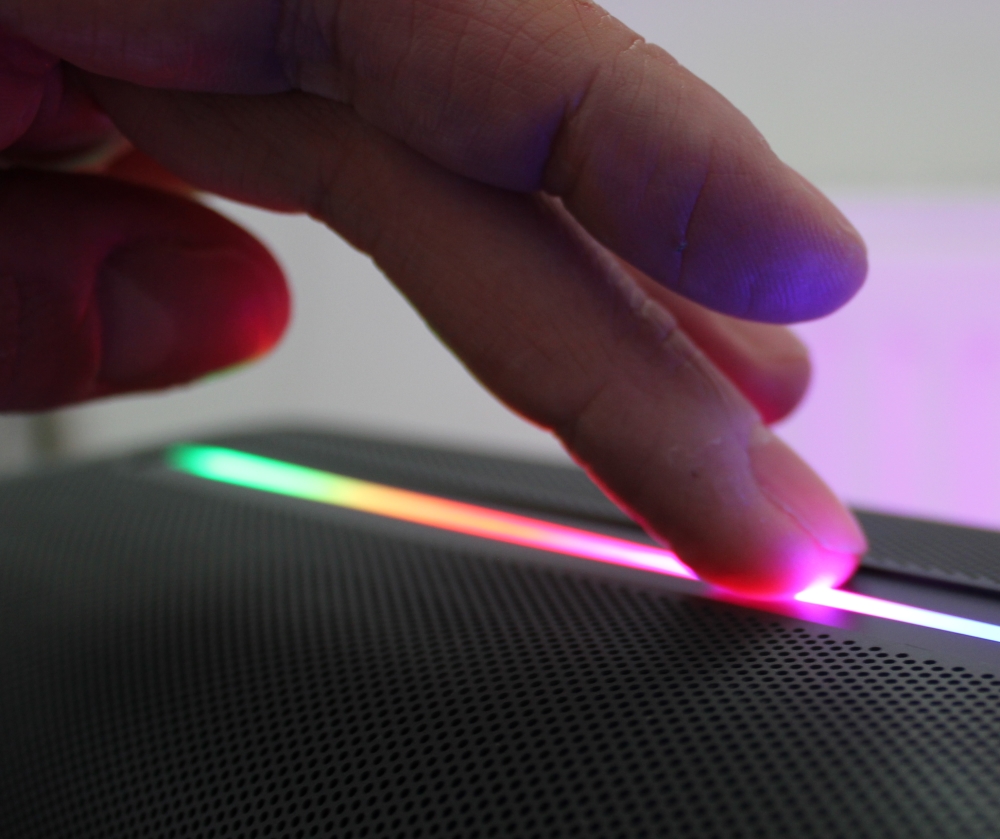 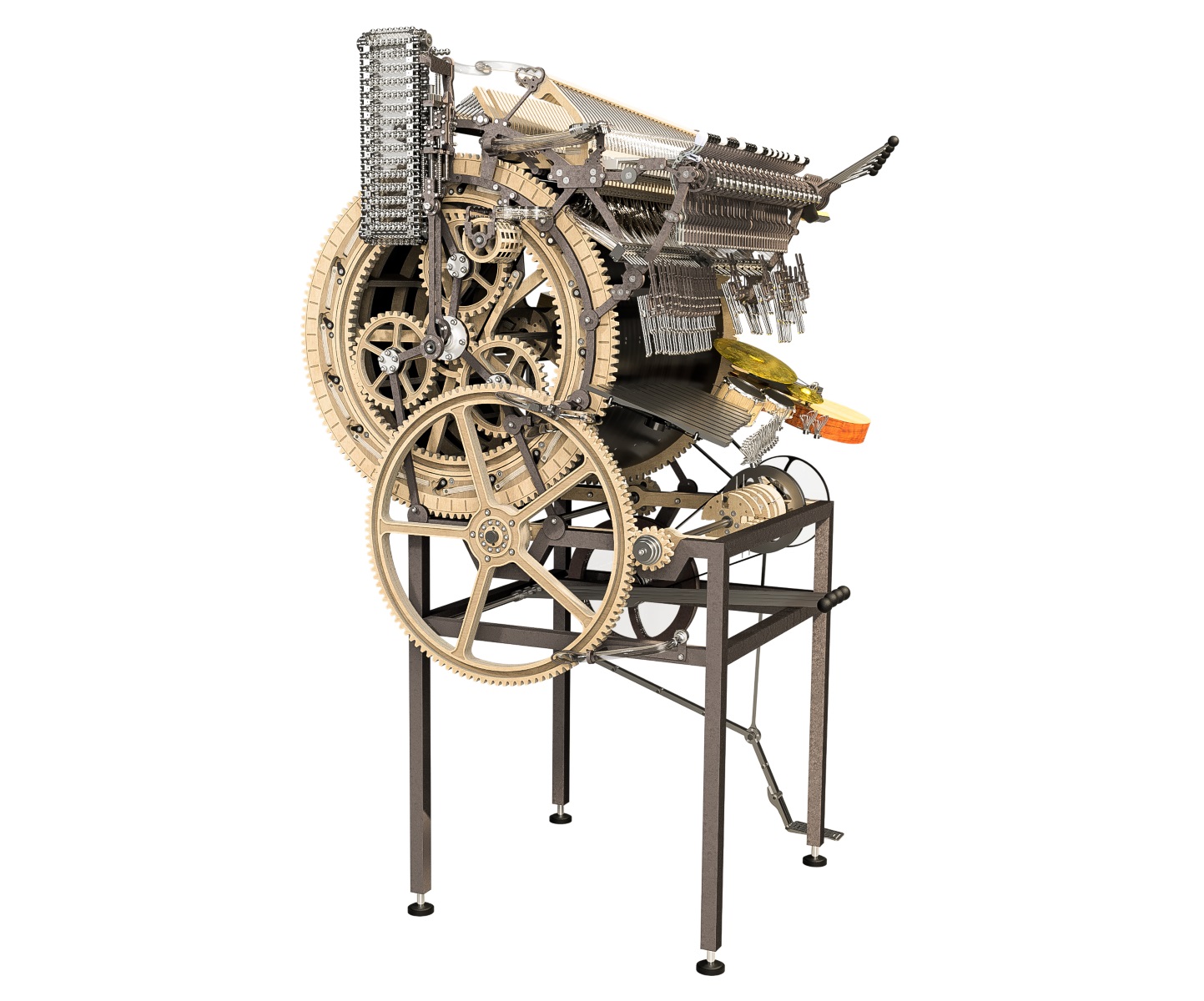 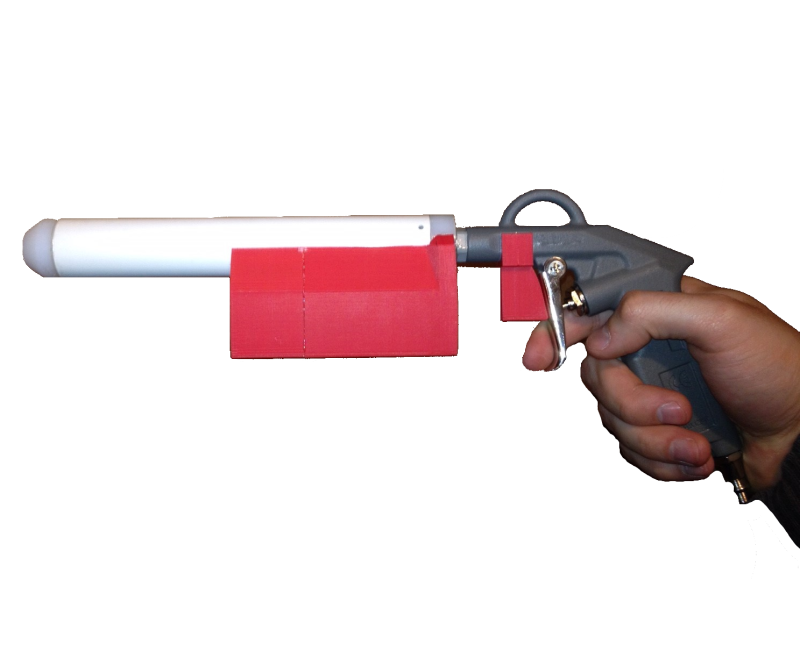 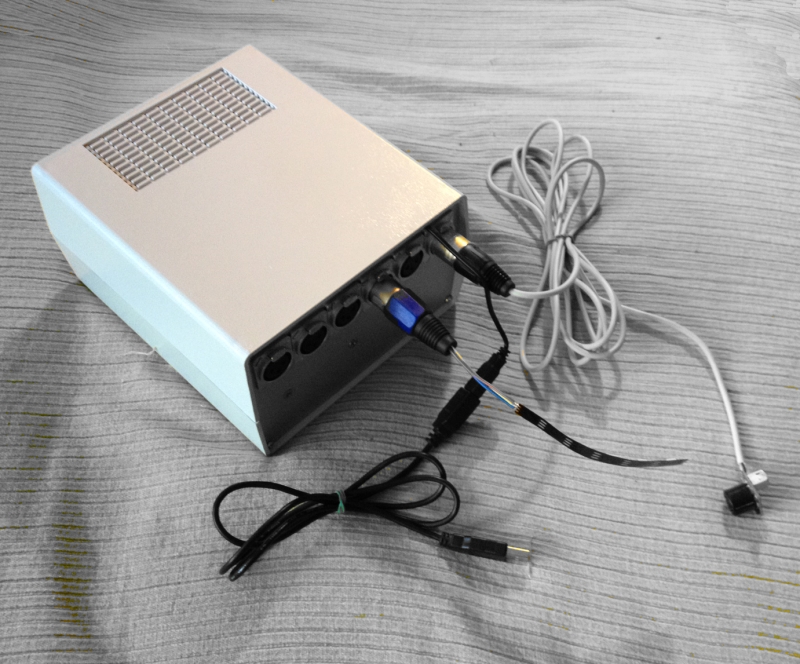 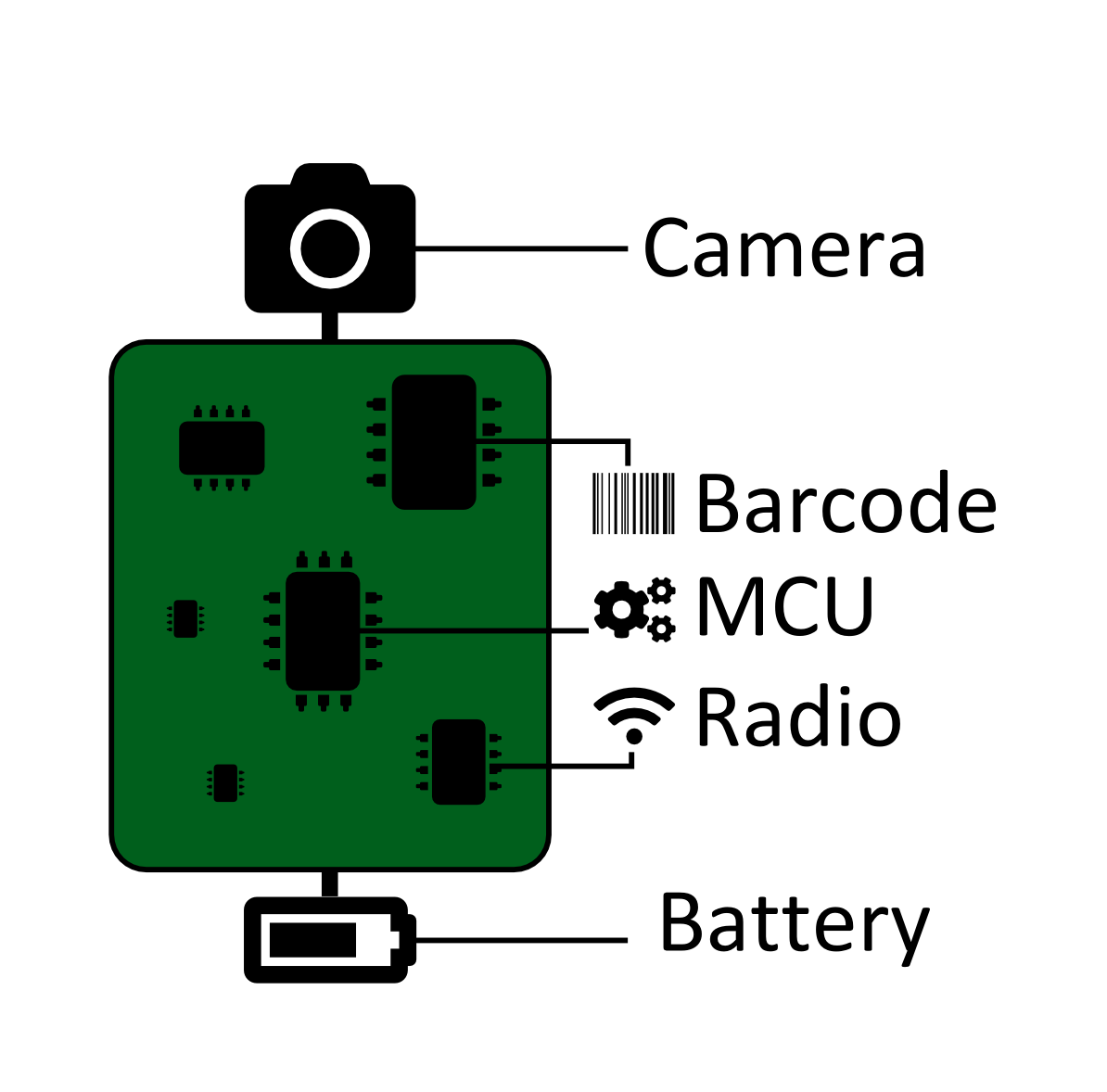 First Prototype for the Intel „Make it Wearable“ Challenge

First functional prototype for the Intel „Make it Wearable“ challenge for the Proglove founder team. For this prototype acceleration sensors, a display, stretch sensors, a RFID reader and as a brain the Intel Edison SoC were integratet into a glove. The result was the third place and a 100.000$ price.

First step in development was to create look and feel prototypes (hardware and software) for usage in an industrial environment. With progress in the development of the product and growing number of employees the focus of the work shifted more and more to PCB design and DFM (design for manufacturing). In doing so the set-up of a team of developers, extensive testing and supervision of the suppliers were the most important tasks. The result of the development process was a wearable barcode scanner which can process the information and send it over an industry compatible radio protocol to the corresponding computer. The number of devices used in production and logistics goes into the thousands.

More information about the startup: Proglove 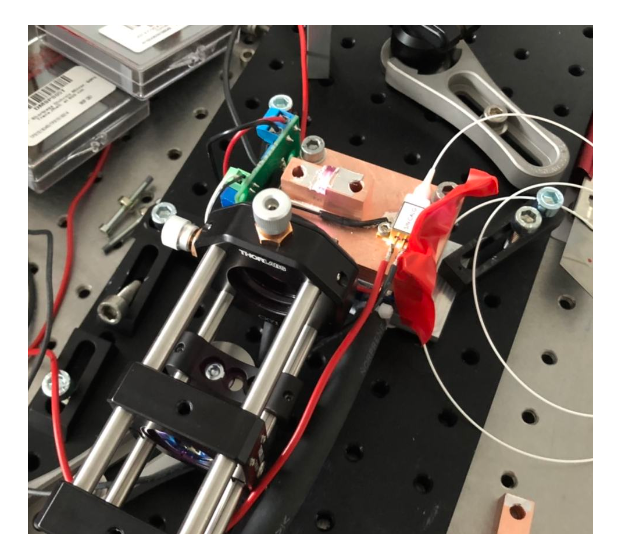 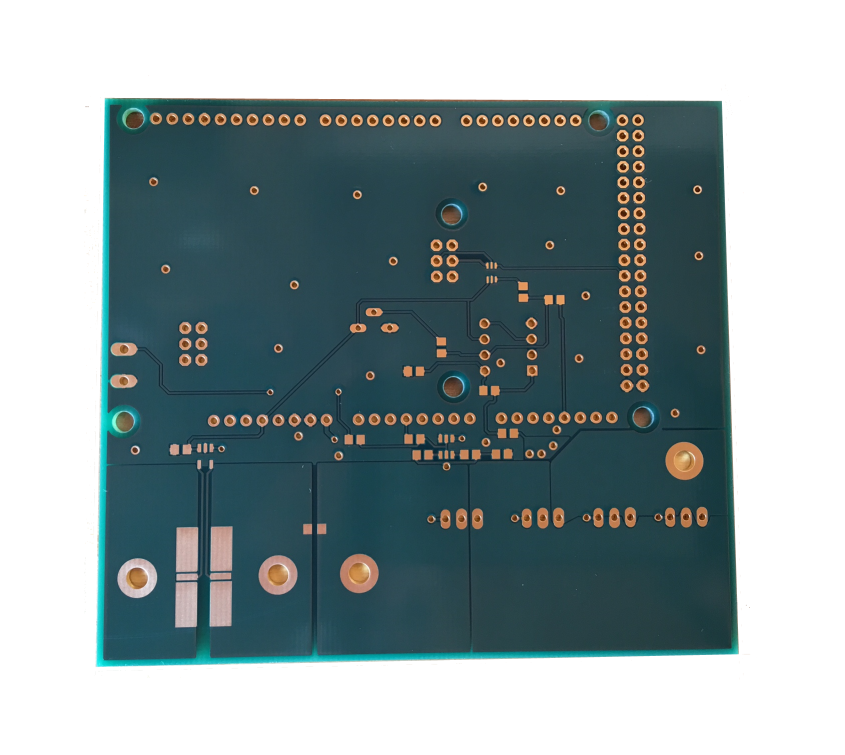 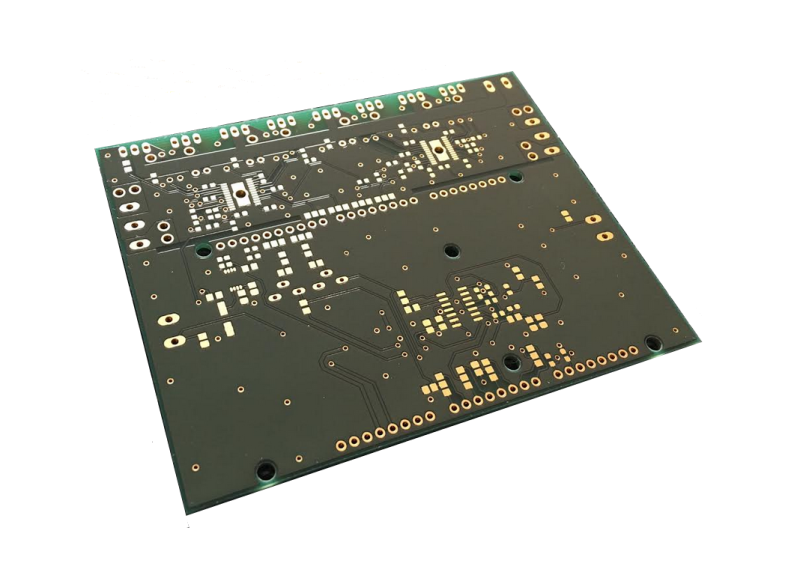 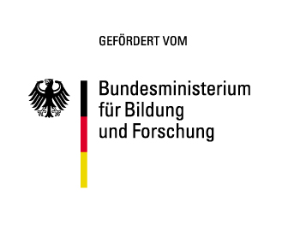 Development of a universal driver for laser diodes (for currents up to 80A) and a temperature controller for up to 4 channels for the cooling of laser diodes under an Open Source license. This project is supported by the "Open Photonik" initative of the Federal Ministry of Education and Research (BMBF). Goal of the project is to develop an open laser source which is capable of burning away copper from PCB material. This shall enable hobbyists and makers (e.g. Fablabs) to build their own laser devices for producing PCB prototypes. Therefore the development focuses on simple reproducability and easy sourcing of the components.

More informations about the project: Laser4DIY and on Heise.de 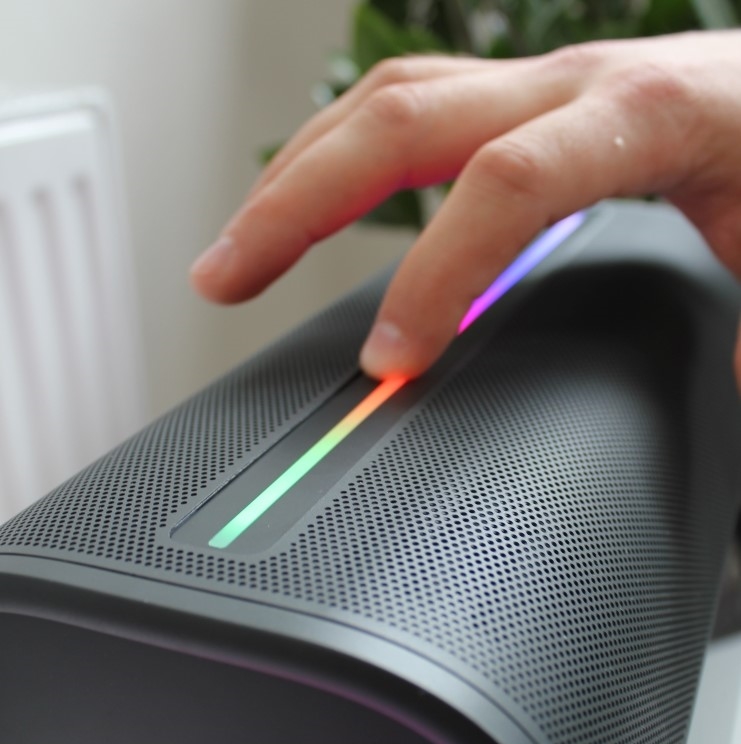 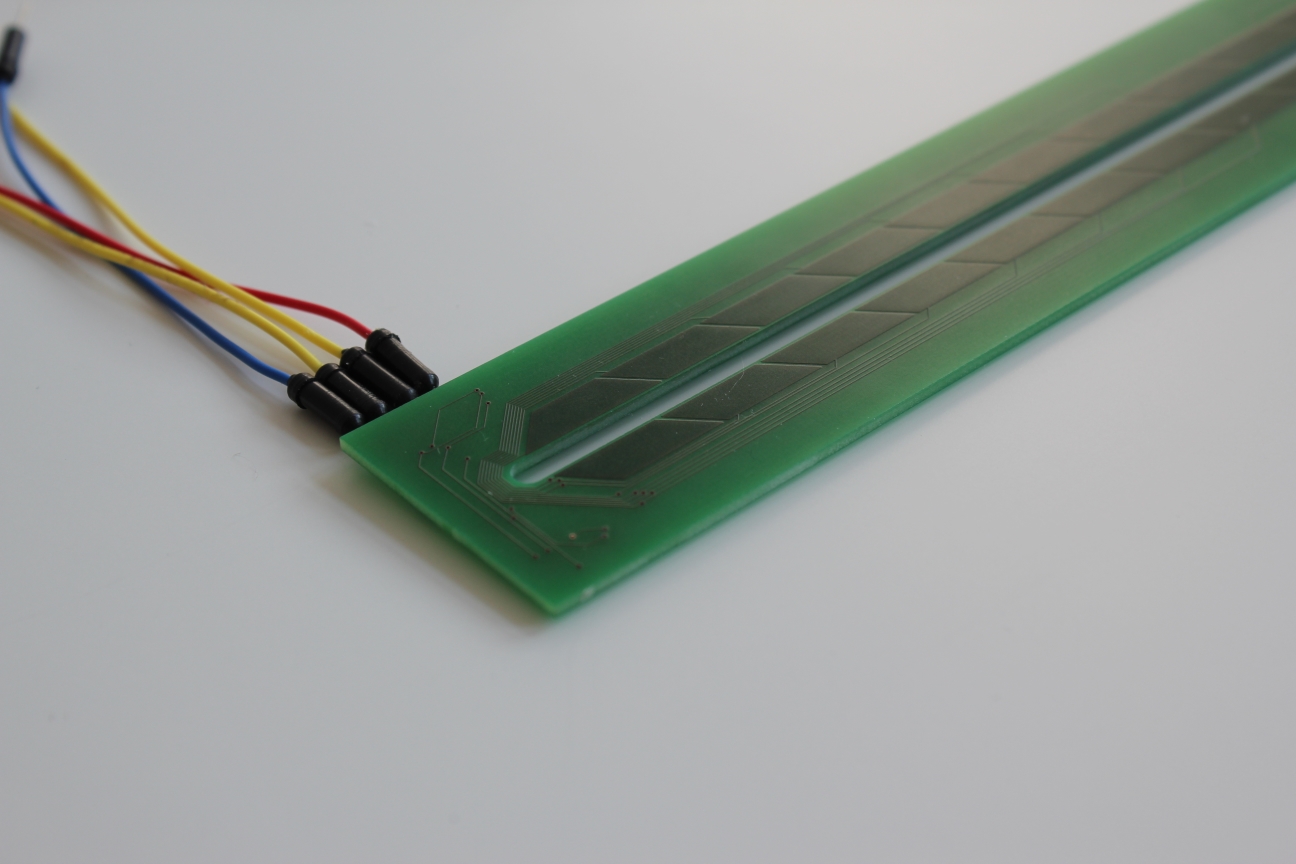 The task here was to develop a look and feel prototype of a new device class for the interaction between humans for a well known hardware manufacturer from Asia. The main input elements should be a LED stripe with integrated touch capabilities, the touchbar, and projected buttons, where the user can touch illuminated areas on the table surface. The UI/UX and housing design was done by the folks at Designit.

For both planned input devices there was no off-the-shelf solution, so a custom development was necessary. First prototypes based on Arduino were done. After an iteration with a 3D printed carrier and hand cut copper electrodes for the capacitive touch field, a PCB based on the MPR121 from NXP was designed, ordered, assembled and tested. This solution fullfilled all requirements regarding precision and responsiveness. Here you can see the evolution of the touch sensor from prototype board to PCB: 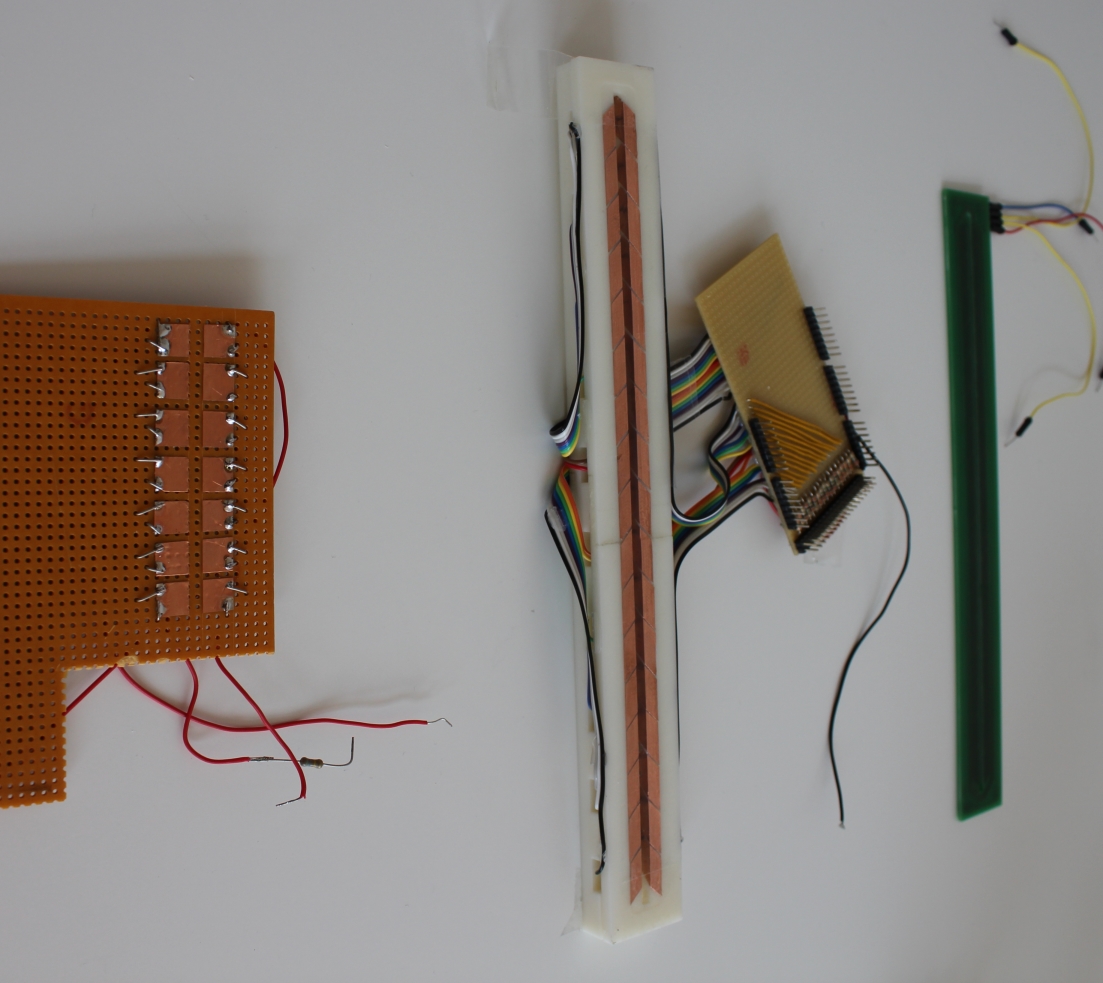 To make a device control with different buttons directly on the table surface possible, experiments with Leap Motion and the XBOX kinect sensor were done. These were either to big or couldn't recognize the button presses consistently. At the end the solution have been infrared distance sensors by Sharp, which combined with a software algorithm could recognize the button presses very reliably. The buttons themselves were projected by a pico projector onto the table surface. 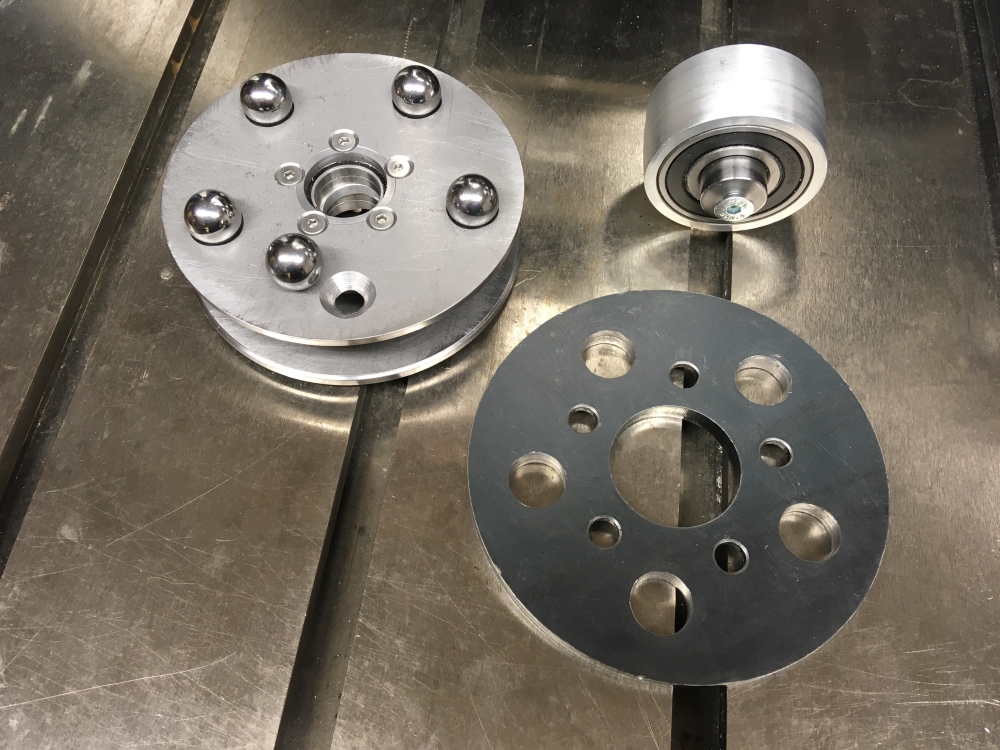 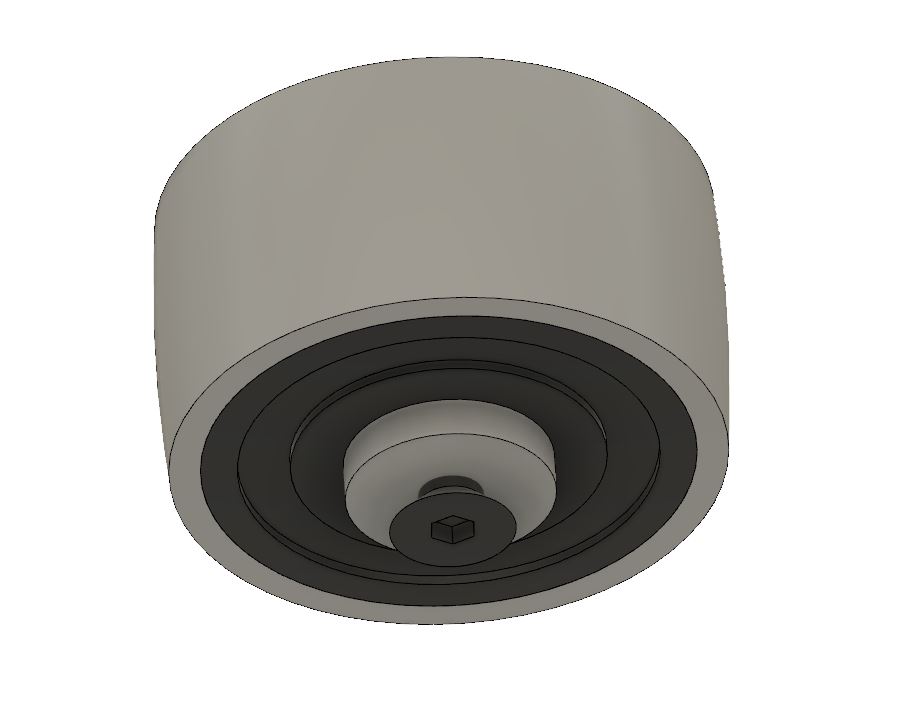 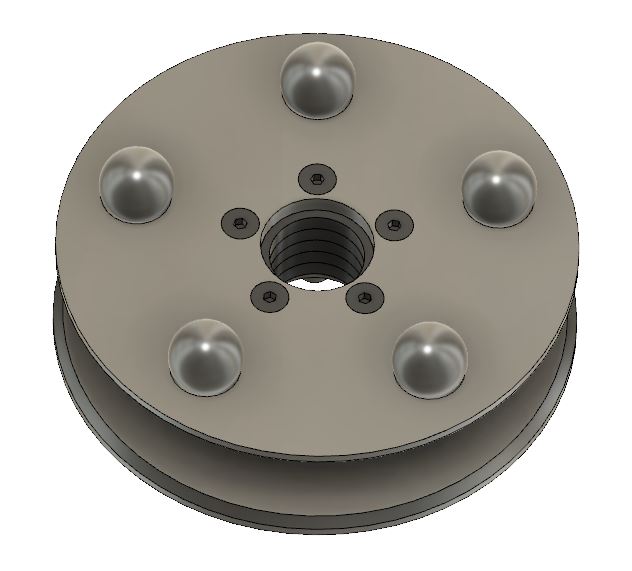 For the band "Wintergatan" several mechanical parts were manufactured and partly also developed for the "Marble Machine X". This is the more durable sucessor of the music instrument "Marble Machine" which got some attention on Youtube:

More information about Wintergatan and the "Marble Machine": Youtube channel

The "Marble Machine" is driven by hand, but a built-in flywheel ensures constant rotational speed. In order not to destroy the machine in case of a blockade an adjustable torque limiter was designed, sketched in Fusion360 and manufactured at the CNC machine and lathe in-house. 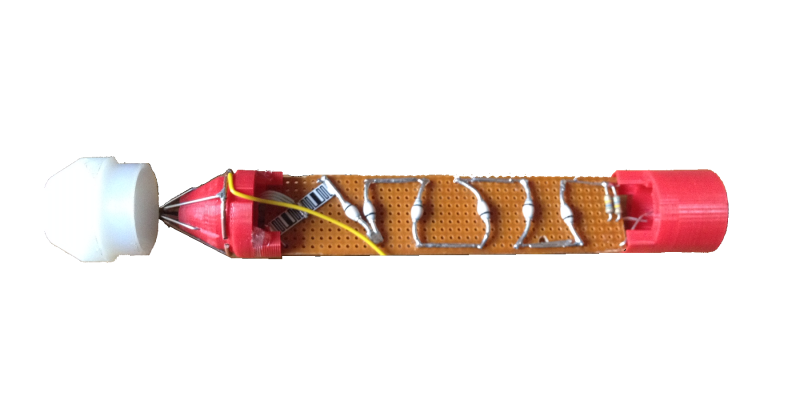 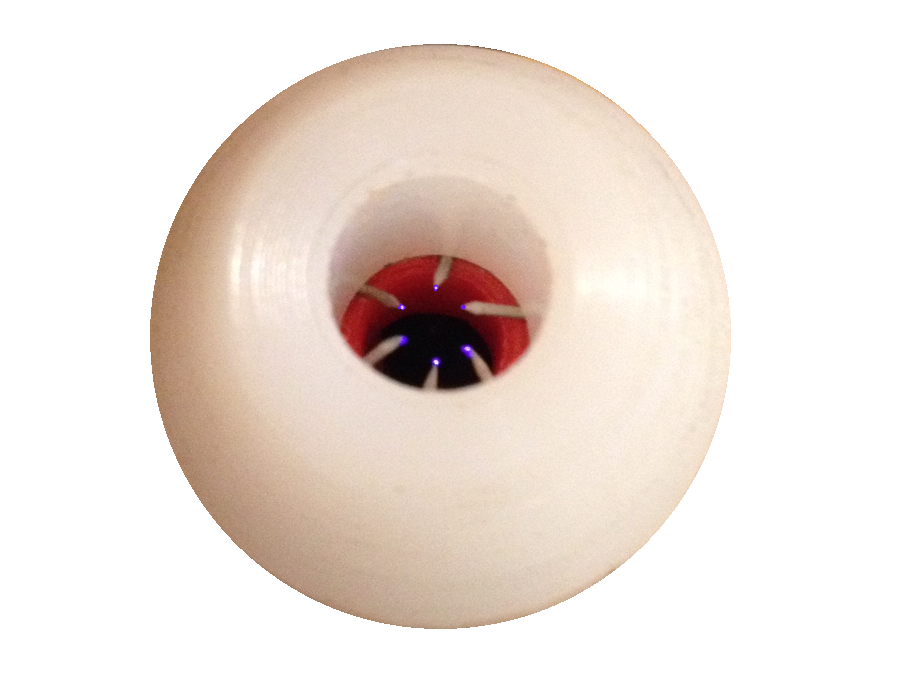 For the company Wematec an air ionizing extension for the pressurized air supply in the cleanroom of the laser development section was developed. This is necessary to prevent buildup of electrostatic charge and therefore protect the sensitive semiconductor components. It is still in use today.

To reliably generate the voltage necessary to ionize the air, a 700V Step-up module was used to power the high voltage cascade, which multiplies the voltage up to about 5kV. This voltage creates corona discharges at the tips of the electrodes and ionizes the air this way. For security reasons a high voltage resistor limits the possible current.

To encapsulate the electronics safely and to mount the device on the existing compressed air gun, a housing was designed and 3D printed. The air nozzle was turned on the lathe and the electrodes were soldered. 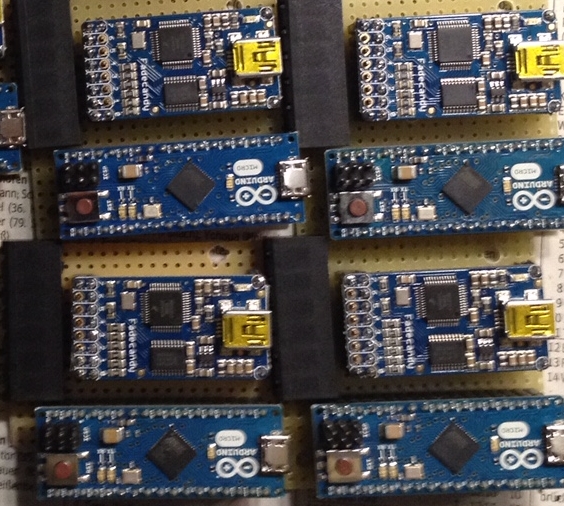 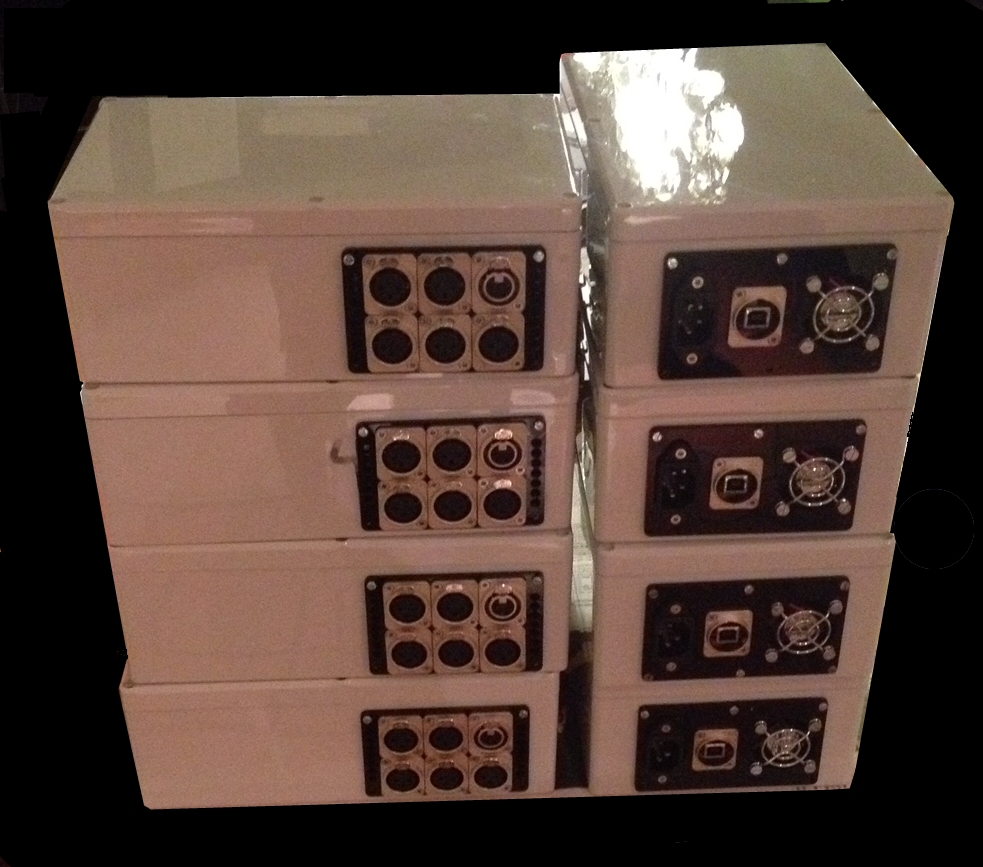 For a big pharmaceutical company a small series LED driver was developed for usage in a trade show booth. The driver should be capable of adressing up to 400 LEDs and also read out an ultrasonic distance sensor over USB for interactivity.

The client wanted to use a "FaceCandy" module from Adafruit for the LEDs and an Arduino for the distance sensor. Therefore the remaining tasks were to choose the right components, the design of the power supply and the cabeling.

To safely store the electronics and to be able to connect and disconnect LEDs and sensors in a trade fair environment robust connectors and housings were used. The necessary cut-outs in the housings were done by laser and router. Eight of these LED drivers were built, tested and used on the booth.

Call us or write us an email: 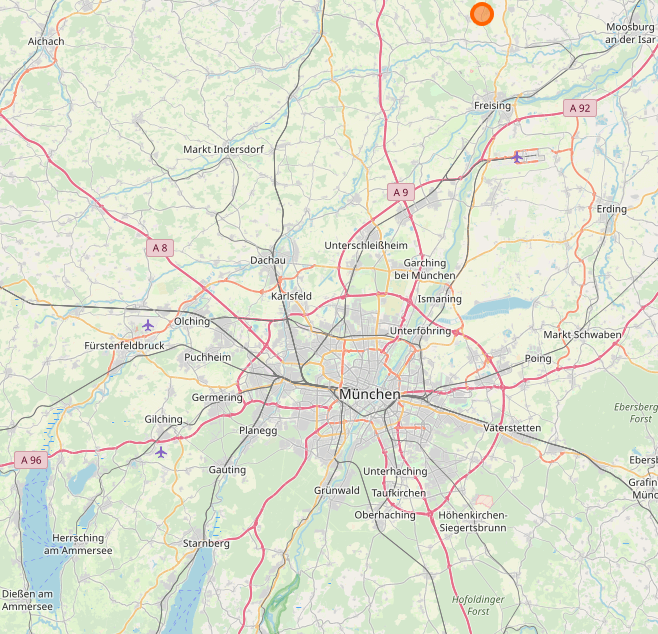 Information according to § 5 TMG